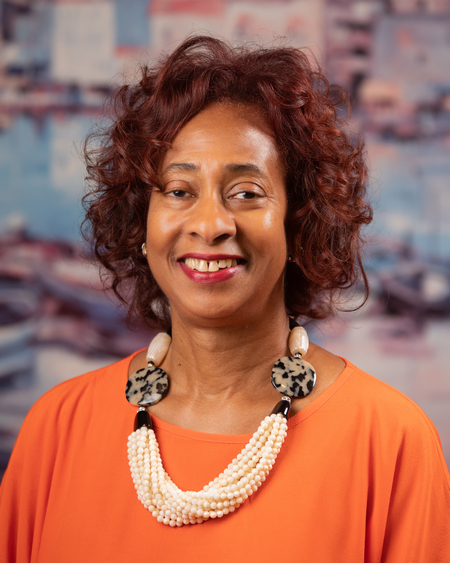 College (BS in biology 1977) and then received her M.D. from Boston University School of Medicine in 1981. Dr, Jackson did her residency in New York at Harlem Hospital Center. She completed a 2 year fellowship in maternal-fetal medicine in 1987 at Columbia Presbyterian Hospital in New York. She practiced full time about 18+ years at Morristown Memorial Hospital, now Morristown Medical Center in Morristown, New Jersey. Subsequent to her retirement from full time work, she did locus tenens and per diem at hospitals in New Jersey and South Dakota. Dr. Jackson was previously licensed to practice in New York, New Jersey and South Dakota. Her initial board certifications were in obstetrics and gynecology (1988) and maternal-fetal medicine (1991). Recertifications in both occurred in 1998 and 2008.

Dr. Jackson has always been a supporter of education and giving back to her community. She did tutoring and volunteer work while growing up in New Orleans. She continued mentoring and tutoring students in New Haven while attending Yale. Once she decided to seek a career in healthcare, Unjeria focused on providing care to women and their unborn babies. Her role as a provider of healthcare has also involved educating patients, teaching medical students, residents, nurse midwives and nurses and lecturing to physician groups at numerous meetings and conferences. Between 1991 and 2010 Dr. Jackson gave more than 40 lectures. She also authored or co-authored 8 articles which were published in various medical journals. Several abstracts were presented by Dr. Jackson at peer society meetings.

Because of her desire to support education, healthcare and the arts, Unjeria has been involved with multiple nonprofits over the years. She is a past trustee of The Peck School (8 years) and served as secretary for 2 years and vice-president for 3 years. Dr. Jackson was also on the Morristown Memorial Health Foundation Board for 6 years. She is the immediate past president of the board of P.G. Chambers School (for children with special needs). She was on that board from 2006-2019; serving as chair of the development committee for several years and then as board president for 10 years. Dr. Jackson joined the board of the Mayo Performing Arts Center in 2009. She was involved with their community outreach/engagement committee and chaired the governance and nominating committee. Unjeria did committee work at the Morris Museum for several years before joining in 2014. She is a founding member of Impact 100 Garden State. She completed her tenure with those boards and organizations in 2019/2020.

Dr. Jackson served on the Morristown Medical Center Advisory Board and on the committee for patient safety before becoming a member of the Atlantic Health System Board (2019-2022). She also served over 28 years as a member of the New Jersey State Committee which reviews maternal mortality and makes recommendations to address specific issues of concern. She has made a difference in the lives of women and their babies. Dr. Jackson remains a member of the American College of Obstetricians and Gynecologists.

Dr. Jackson has been acknowledged in the community for her career success, leadership and volunteerism. In 2014 she was honored as Citizen of the Year at the annual gala of the Hope Chest Scholarship Foundation. Unjeria was named Woman of the Year in 2016 by the Zonta Club of Morristown. She was also honored with the 2019 Starlight Award for outstanding service and generous support of the Mayo Performing Arts Center in Morristown, NJ.

Unjeria is also an avid tea drinker and passionate collector of teapots which number more than 2000. She authored a book, Teapots by Design- A Collector’s Catalogue, in 2006. She has given numerous lectures on the history of tea, many of which benefitted various nonprofits. There was an exhibit of some of her teapots at the Morris Museum in 2011. Currently, a few of her teapots are on display at the Weiner Museum of Decorative Arts in Dania Beach, FL. Unjeria’s teapots are also featured in the Collectible Teapot Calendars (Workman) for 2021, 2022 and 2023. She currently resides with her husband, Larry Thompson, in Aventura, FL.