Meet the NMHA Board 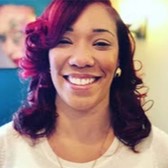 Lauren Herron, LCSW-C was born in Washington, D.C. and raised in Randallstown, Maryland, with a driving passion to provide assistance to others that were disenfranchised and marginalized. As a teenager, Lauren dedicated much of her time to the Bea Gaddy Family Centers and the Salvation Army, as a volunteer passing out hot meals to the homeless in the most impoverished communities in Baltimore City. From these humble beginnings and well-intentioned efforts, grew Lauren’s passion to join the field of Social Work.

Lauren began her career in 2006, working for the State of Maryland, as a Foster Care Social Worker, of the Baltimore County Department of Social Services. During this time, Lauren was assigned to the Independent Living Unit. Here, Lauren provided support, resources and services for youth in foster care, with the ultimate goal of reunification with their biological families. Though Lauren found this work rewarding, the scarcity of children being reunified with their families was disheartening and discouraging.

This led to Lauren’s pursuit of her graduate-level license, which she obtained in July of 2006. After several years of practice in the field, Lauren became licensed as a Certified Clinical Social Worker in 2010. The accomplishment of achieving her goal to obtain a clinical license led to her pursuit of new opportunities that would allow her to make tangible change in the lives of those much like the foster care children and families in which she served.

In 2010, Lauren was presented with an opportunity to work for the TIME Organization, Inc., a local non-profit agency that provides behavioral health services for children and families in Baltimore City. Lauren began to provide contractual services for the TIME Organization, Inc. by completing assessments and treatment planning for the Psychiatric Rehabilitation Program (PRP) in the evenings, while working for the Department of Social Services during the day. In 2011, Lauren was offered a full-time position as the PRP Program Director. After much thought, Lauren took a leap of faith and left the State of Maryland, with the ultimate plan of leading a program that would keep families together so that foster care would never become an option. Within the same year, Lauren also became the owner and CEO of her own private therapy practice, Health Minds Therapeutic Services, LLC.

Lauren directed the PRP program at the TIME Organization, Inc. for two years and was promoted to the position of Clinical Director in 2013, when the agency expanded services as an Outpatient Mental Health Clinic. This was the first program in which Lauren was able to take the lead on development and implementation at TIME. Her vision and leadership led to two successful outpatient mental health clinics in Baltimore City and Anne Arundel County, with over 100 full-time, part-time and contractual staff. Under Lauren’s clinical direction, the TIME Organization, Inc. has been able to obtain a license to provide Substance Abuse services, Autism Waiver certification and the award of several contracts with MSDE, MOHS and Behavioral Health Systems Baltimore. A major milestone in Lauren’s career has also been to guide the Accreditation process for the TIME Organization, Inc., which led to a successful three-year CARF accreditation in 2017.

Lauren was promoted to the position of Vice President of Operations in October of 2017. Her first task in this role was to lead the Acquisition of another local outpatient mental health clinic, which successfully occurred in November of 2017. Lauren plans to continue her career in the non-profit sector with the TIME Organization, Inc. Her mission and vision will continue to expand the agency’s services to support the growing mental health, behavioral health and the medical health needs of the community by promoting an affordable, holistic approach and model of treatment.

The National Minority Health Association (NMHA), a 501(c)3 not-for-profit organization, was founded in 1988. Having achieved its initial mission of ensuring the establishment of Offices of Minority Health in all 50 states, its new mission is to close the disparity gap in minority health care.

Corporations and Organizations who join NMHA are supporting our mission to close the healthcare gaps that impact minority and underserved communities, and they gain invaluable access and visibility as a supporter of equity in healthcare worldwide.

We welcome your involvement in this growing movement that impacts the health of so many.